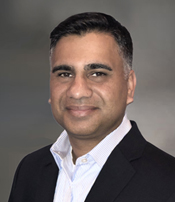 Prior to becoming CEO of Tvardi, Imran Alibhai, Ph.D. was a Senior Vice President and Managing Director of DNAtrix, a clinical stage biotech company developing oncolytic viruses for cancer. Previously, Dr. Alibhai was an investment banker in PJ Solomon’s Healthcare Advisory Group, focused on M&A transactions in science-based markets including biopharmaceuticals, medical devices/diagnostics and life science tools. Formerly, he was the Senior Director at Alexandria Venture Investments, where he was responsible for investments in emerging companies and funds in the healthcare sector. He also directed investments for PIPE’s and long/short positions in MPM Capital’s BioEquities hedge fund. Dr. Alibhai began his career in early stage venture capital at the Accelerator Corp., where he was involved in every facet of company/project formation and management. He currently serves on the Scientific Advisory Board for NASA’s Translational Research Institute for Space Health. Dr. Alibhai holds a Ph.D. in Molecular Neuroscience from the University of Texas Southwestern Medical School and a BS in Biology from Duke University. 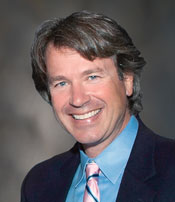 Mr. Hall is founder and president of Wetland Partners, LP., which is primarily engaged in wetland mitigation banking and oil & gas investments. Mr. Hall is also a co-founder of BioMatrix Partners, an investment partnership focused on public and private biotechnology companies, with an emphasis on early-stage opportunities enabled by synthetic biology. Mr. Hall has invested in a wide range of businesses for over 30 years, serving in a variety of leadership capacities. An active member of his community, Mr. Hall has served in multiple leaderships roles with St. Mark’s School of Texas, the Texas Higher Education Coordinating Board, and most recently, a six-year term with the University of Texas System Board of Regents. He is a graduate of the University of Texas at Austin with a Bachelor of Arts in Economics. 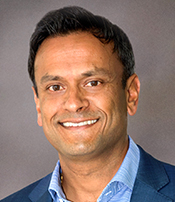 Sujal Shah has been President and Chief Executive Officer at CymaBay Therapeutics since 2017. Prior to 2017, he served as Chief Financial Officer taking CymaBay public in 2014. Before joining CymaBay in 2012, Mr. Shah served as Director, Health Care Investment Banking for Citigroup Inc., where he was responsible for managing client relationships and executing strategic and financing related transactions for clients focused in life sciences. From 2004 to 2010, Mr. Shah was employed with Credit-Suisse, last serving in the capacity as Vice President, Health Care Investment Banking Group. He currently serves on the Executive Advisory Board of the Chemistry of Life Processes Institute at Northwestern University. Mr. Shah received an M.B.A. from Carnegie Mellon University Tepper School of Business and M.S. and B.S. degrees in Biomedical Engineering from Northwestern University. 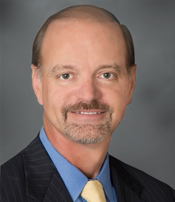 Michael Wyzga has spent 30+ years in leadership roles in the biopharma industry. He served as Chief Financial Officer at Genzyme, stewarding the company through a myriad of transactions ultimately culminating in the acquisition of Genzyme by Sanofi for $20.1 billion. He also served as President, Chief Executive Officer and board member at Radius Health, a publicly traded biopharmaceutical company targeting osteoporosis. Mr. Wyzga received an MBA from Providence College and a BS from Suffolk University.